On Jan. 8, the sun will shine a lot brighter in Florida. That’s because over 1 million Floridians from all walks of life, who have made mistakes in the past but have completed their sentences, will be eligible to register to vote. The road back to responsible citizenship has been one of my life’s greatest challenges, and the struggle to achieve access to democracy for myself and more than a million fellow Floridians has been long. But in just a few days, hundreds of thousands of us will be able to register to vote for the first time in our lives. I, for one, plan to be one of the first people at my local supervisor of elections office when their doors open in the morning, and like other returning citizens across the state, I am bringing my family with me. 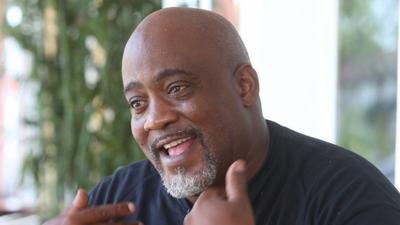 When I walk into my local supervisor of elections office to register to vote, I will be doing so under the authority of the highest state law in Florida, the Florida Constitution. This is an historic moment so it is understandable that, along with great excitement, there has been a little confusion. However, when I register to vote, I will be doing so fully expecting every state officer, public servant, and citizen of Florida to abide by the rule of law and ensure that this new constitutional right is not infringed upon, and that the process of issuing my voter information card will not be hindered nor delayed.

When I walk into my local supervisor of elections office, I will be doing so with joy and reverence because of the way my right to vote was restored on Nov. 6, 2018. That night as I stood watching the final votes getting reported, I realized I had a front-row seat to witness a great moment in Florida’s and America’s history; a moment that everyone should reflect on and appreciate. It wasn’t the fact that Amendment 4 received over 1 million more votes than any candidate on the ballot. It wasn’t the fact that in 62 of 67 Florida counties, the majority of people who voted on Amendment 4 voted yes. It wasn’t even that fact that the passing of Amendment 4 meant that approximately 1.4 million Floridians who had made a mistake in their past but completely served their sentence would soon be eligible to register to vote.

The moment that I will take with me when I walk into my local supervisor of elections office is when I realized on Nov. 6 that Floridians from all walks of life and all political persuasions voted to give me and 1.4 million Floridians a second chance. What I am walking into that office with is the fact that in spite of the volatile political climate; in spite of the vitriolic dialogue surrounding race and partisan politics; in spite of the reluctance of elected officials to do the right thing over the last 150 years, over 5.1 million Florida voters wrestled the issue away from politicians and took matters into their own hands.

The crowning jewel of the moment was that the driving force behind each of those 5.1 million-plus votes was not hate or fear but rather love and forgiveness. In that moment, over 5.1 million Floridians showed the rest of the country that despite our perceived differences, we can come together as a people and make our communities a better, more just place to live.

When I walk into my local supervisor of elections office, I will be doing so honoring the journey that it took to get to this point, honoring the efforts of the many grassroots volunteers from all walks of life who were the lifeblood of the Second Chances campaign, honoring the determination of the returning citizens that fought long and hard for redemption and honoring the history of those who fought for and died to protect our democracy and our right to vote. I will walk into my local supervisor of elections office with a newfound respect of my vote.

Elected officials on both sides of the aisle will have the same opportunity to earn my vote and the votes of all of us returning citizens, and earn it they must.

Desmond Meade, president of the Florida Rights Restoration Coalition, led the grassroots movement to get Amendment 4 on the ballot.