“I Realized I Didn’t Want to Be a Bystander”

McKenzie is an organizer for the Florida Rights Restoration Coalition. At 15, he was arrested on charges of armed robbery and served 2½ years in prison. McKenzie, who now runs his own cleaning business, was a part of the movement that successfully championed the Voting Rights Restoration for Felons Initiative, or Amendment 4, that passed in 2018, enfranchising up to 1.4 million fellow Floridians. Now, at 29, McKenzie can vote for the first time.

I lost my voting rights at the age of 15, before I even had them. I was direct filed. That means, in the state of Florida, if you commit a crime that’s serious enough, they’ll place you in the adult system. I got charged as an adult, and that’s what caused me to lose my voting rights.

First time I heard about Amendment 4 was in 2014. It was [at an event with] Desmond Meade [of the Florida Rights Restoration Coalition]. And at the time I didn’t really grasp it. I was like, “Who cares about voting rights? I want this right, and I want this right.” He broke it down. He was like, “Before you can get any of those things, you need to have a voice right now.”

I had to complete my terms of sentence, which basically means completing all my probation and pay all my fines and fees. Which I did maybe two years after I was released from prison. … The process is straightforward as long as you’re not on probation and you don’t have any fines or fees that you owe pertaining to that particular case, and that your charge was not a murder charge or a felony sex charge. You just sign up and register to vote.

The first day that we were able to [register to] vote, we went down as a group. So it was like a big celebration. It was a very joyful moment.

In Florida, if you have a felony conviction, you can’t rent. So housing is one of the biggest things I’d like to see somebody change. And access to better jobs. And in the state of Florida, when you have a felony conviction, you’re not allowed to [participate] in your kid’s school, go on field trips with your child. So that’s one of the things that the Department of Education should look into as well.

I’m still just learning my options, and that’s the reason I haven’t chosen a party affiliation. I haven’t heard too many candidates speak on the issues pertaining to people who have felony convictions. So at this moment, I don’t know which way I’m going to go. … Don’t get me wrong, Bernie [Sanders] spoke of some things, but I haven’t heard anyone in particular just saying we definitely need to go in and reform this situation.

Guardado is a 17-year-old high school student in Los Angeles who volunteers for Power California, a nonprofit dedicated to helping young people of color vote and participate in local government. She is the daughter of immigrants who fled civil war in El Salvador and will be the first person in her family to go to college. 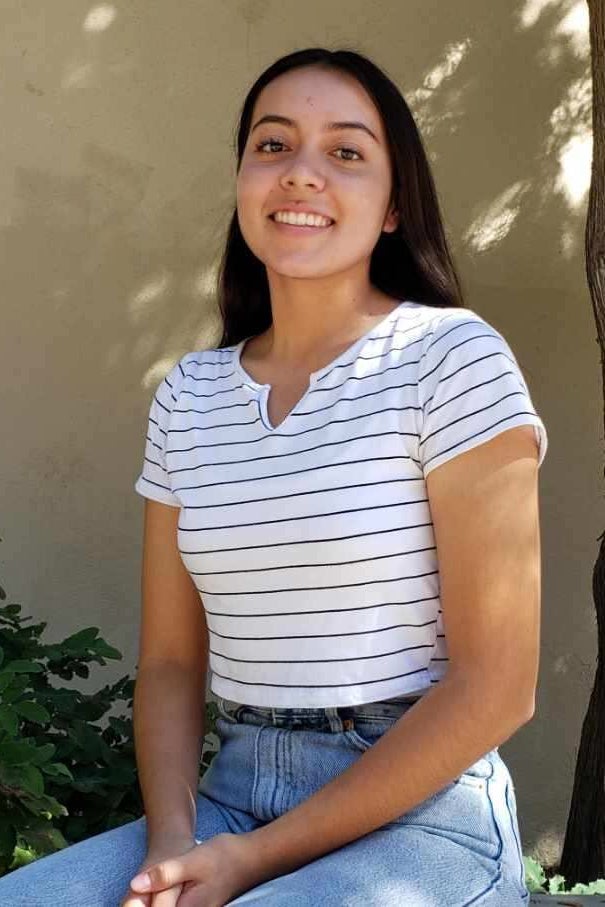 I realized I didn’t want to be a bystander.

I have already preregistered, so when elections do come and I am eligible, all I’ll have to do is visit one of the [polling] stations and go and vote.

Definitely reforming our education system. Schools are not equipping students with the knowledge and interpersonal skills necessary to use outside of school boundaries. I really want someone who is willing to take a young voter and get their insights. I feel we are disconnected from politics because no one has given us the microphone yet, you know?

Last year I started focusing on the lack of variation in school cafeteria meals. So I took the initiative to directly contact the food service division within LAUSD [Los Angeles Unified School District] to just ask for them to host a food sampling at my school so students could have a direct impact in their cafeteria menu. And I know it’s not an exact form of voting, but we did get our voices and concerns out there in a district level.

[Sen. Kamala] Harris. I just think she’s such a powerful and uplifting person. And I really do think she’s going to reflect the issues women have. When women are more than 50 percent of the population, we need more of them representing us and our issues.

Gonzalez is a multidisciplinary artist originally from the southern Mexican state of Chiapas. Gonzalez moved to North Carolina to be with his now-husband, Michael, in 1995. He and his husband now work together in interior design, and Gonzalez’s art is displayed in exhibits around North Carolina and elsewhere across the country. Gonzalez became a U.S. citizen in August.

It was five years to get my citizenship, which I got on Aug. 20. And just like a week ago I got my actual card for voting. So I’m ready to go.

I want to express my opinion. I know that it counts—one vote can make a difference. And the actual situation here is just horrible. I’m from Mexico, so obviously now we are treated like terrorists. And so that’s done a lot of harm, not just to me but the whole community. 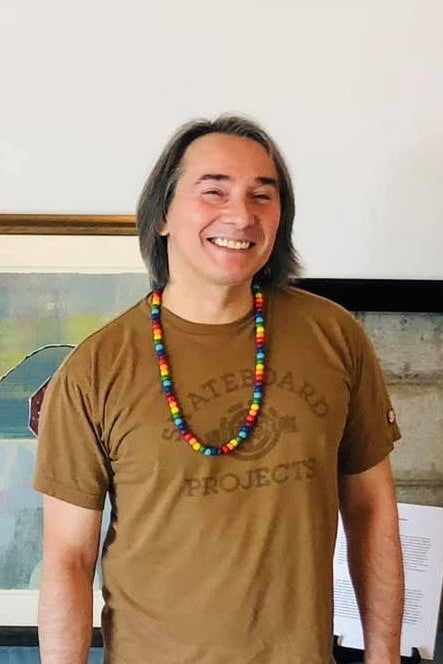 After I got my citizenship, after the ceremony was done, they mentioned there were people there to register people to vote. They gave me the papers to fill it out. And they told me just to wait a week or a week and a half, and I will receive my card. And that was it. So that was simple.

I am interested in women’s right to choose, equal pay, and I want people to actually concentrate on the issue of immigration. You know, most people use the issue just when they’re running for office. So I want someone who actually concentrates on doing some reform for immigration—but achieves something. And I also want the voting system to be more transparent, because it looks like there are a lot of loopholes. [I want] people to have access to health care. People pay taxes. So if they feel sick, they should have the freedom to go and just get [medical] attention instead of going through all this documentation.

Well, I like Elizabeth Warren. I’m ready for a woman to be president. But also, I like the fact that a gay man is running now. Locally I’m still going to meetings to learn what they are about. It’s just that sometimes it feels like it is just the same speech, you know?