Amendment 4 should restore the vote to 1.4 million people. But those affected say the struggle is far from over

One year ago, Florida enacted the biggest expansion of the right to vote in America in a generation.

For 150 years, Florida had upheld a law that banned anyone convicted of a felony from voting, even after they had served the full sentence. The policy, rooted in the Jim Crow south, stood out as a stain on American democracy.

But with majority support, Florida enacted Amendment 4, which allows anyone convicted of a felony to vote once they complete their sentence (those convicted of murder and sexual offenses still can’t vote) on 8 January 2019. This policy would re-enfranchise 1.4 million people – one of the biggest expansions of voting rights since the Voting Rights Act of 1965, and the most significant in this generation.

The Guardian spoke to five Florida residents directly affected by or involved with Amendment 4. Some had just registered to vote for the first time in their lives, others struggled with the continued trials of being incarcerated. Their stories tell of last year’s victory and the difficulties of undoing decades of systemic inequality.

Derrick McGregor, 28, Orlando: ‘They want to keep you bound and close your mouth’ 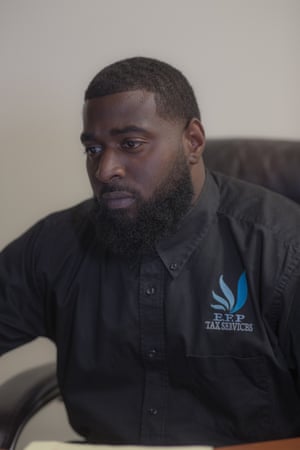 Until 2019, Derrick McGregor had never been inside a voting booth. The only ballot he had ever seen was in school lessons.

McGregor lost his voting rights when he was 18 and convicted of a felony for attempted burglary. When he was released, he worked hard to set up a new life, opening up an accounting business. But he couldn’t vote.

“It’s almost like when you do something wrong, paying the time for it is just not enough for society. They want to keep you bound after that and almost chain you up and close your mouth,” he said.

McGregor voted for the first time in his local election in Orlando last year. “Before I never really felt like I had a voice,” he said.

New voters like McGregor could prove pivotal in this year’s election. Political races in Florida are often decided by razor-thin margins.

McGregor, however, is as interested in influencing local races as national ones. “I realized my vote will count, and it will make a difference, especially where I live.”

Desmond Meade, 52, Orlando: ‘I felt like I was fully an American citizen’

The driving force behind Amendment 4 was a group of former felons who knew what it felt like to be disenfranchised. Desmond Meade was a leader of this movement.

In 2001, Meade was convicted of possession of a firearm by a felon and sentenced to three years in prison. After his release he found himself at rock bottom – he thought about killing himself. Instead, he checked himself drug addiction treatment, stayed at a homeless shelter and enrolled in classes. He graduated from law school just a few years later.

In 2009, Meade became head of the Florida Rights Restoration Coalition, an advocacy group for former felons that would push Amendment 4 to the 2018 midterm election.

When it passed, Meade and his colleagues didn’t slow down. The coalition has undertaken the nitty-gritty work of making sure people understand and use Amendment 4. They travel across the state by bus, teaching people about Amendment 4, and have hired people with felony convictions to register voters.

He estimates that more than 50,000 people with felonies have registered to vote over the last year. One of them, he said, last voted for John F Kennedy. “To be able to see them to be able to register to vote was an amazing thing,” Meade said.

But they’ve hit some roadblocks. Last year, the state’s Republican legislature passed a law with more restrictions: requiring former felons to pay fines and fees they owe to the government before registering. This affects about 80% of those benefiting from Amendment 4, according to Daniel Smith, a University of Florida professor.

Civil rights groups called the measure an unconstitutional poll tax, historically used to keep African Americans from the polls. They went to court last October. But while the judge ruled in favor of the 17 former felons in the case, the rest remain limited by the law.

Meade isn’t deterred. He thinks the criticism toward Republican lawmakers is overblown. The coalition helped pay off $250,000 worth of fines and fees – and Meade said about 30% of people who contact the coalition saying they still owe money actually don’t owe anything.

Meade himself registered to vote for the first time on 8 January 2019 with his family.

“When I went in and I registered and I came out and there was a celebration going on … I finally felt like I was fully an American citizen,” he said.

Paul Lux, Okaloosa county supervisor of elections: ‘It is for all intents and purposes no less ambiguous than it was a year ago’

Paul Lux is one of the state’s 67 state supervisors of elections. He said after the policy was passed, he and other officials didn’t have clarity about who was eligible to vote and how to verify that information. Florida also had yet to clarify which crimes were exempt from the rule.

That confusion hasn’t subsided. “It is for all intents and purposes no less ambiguous than it was a year ago,” Lux said.

As the state approaches the presidential primaries, this gray area could play out at the polls, Lux said, pushing Republicans and Democrats to challenge voter eligibility.

The lack of information could also be harmful to voters, and Lux said some people have already hesitated to register. With deadlines ahead, Lux predicted there would be a flood of questions.

“I hope it doesn’t preclude anyone who thinks they’re eligible from registering and voting,” he said.

Tyrone Oliver, 63, Ocala: ‘I have been publicly embarrassed’ 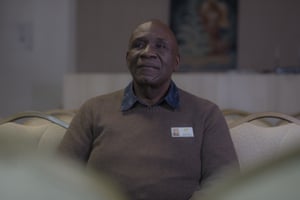 Amendment 4 restored voting rights to many people, but it hasn’t restored all rights to those with felony convictions.

Last year, Tyrone Oliver, who runs a not-for-profit organization in Ocala, ran for city council and won. The celebration was short lived: after he was elected, a city attorney informed Oliver he wasn’t allowed to hold office because of a felony conviction from over 30 years ago.

Oliver was stunned. The drug-related felony had cost him three months of life, three years of probation, and his voting rights for decades. But he thought that Amendment 4 had restored all his rights, including the ability to hold office.

“This system dropped the ball and I’m paying for it,” he said. “They’re still beating me over the head with something that happened when I was 26 years old and I’m 63 now.”

Since then, he’s been trying to meet Florida’s governor, Ron DeSantis, a Republican, to discuss the issue.

His ordeal has made Oliver ambivalent about Amendment 4 as well. He thinks the measure was “not good” for Florida because it created confusion.

“I have been publicly embarrassed. News stations and everybody comes out that I’m a convicted felon and all this stuff. And nobody bothers to ask me the whole story,” he said.

Lance Wissinger, 40, Fort Myers: ‘I didn’t know how big of a deal it was until it personally affected me’

While Amendment 4 passed with support from most Floridians, there’s still work to be done to combat the stigma around people with felony convictions. Lance Wissinger wants to be part of the solution.

Wissinger wanted to be the first person to register to vote at the Lee county election office the day Amendment 4 went into effect. But by the time he got there, around 9am, someone had already beat him.

Wissinger has never voted. He was convicted of DUI manslaughter and served four and a half years in prison in the mid-2000s. When he was released, Wissinger said he wanted to get more involved in his community.

Last year he started as a policy fellow with the Florida Rights Restoration Coalition, where, like Meade, he has been trying to inform as many people as possible about their right to vote. “I’ve gone out and knocked on doors and I tell people: ‘Hey, I’m just seeing if you want to register to vote.’ And they’re like ‘I can’t, I’m a felon.’ I’m like: ‘You can now,’” he said.

It can be difficult for people to figure out if their sentences are fully completed. The law Republicans passed last year allows courts to change sentences, and replace fines and fees with community service hours. But so far just four counties in the state, all Democratic-leaning, are utilizing the provision.

Meanwhile, Wissinger hopes to change the general perception of what felons look like, and who benefits from Amendment 4.

“People will be like: ‘Well, you had a chance and you screwed that up.’ Not knowing and not understanding is a lot of why I go and speak and tell my story,” he said. “I didn’t know how big of a deal it was until it personally affected me.”